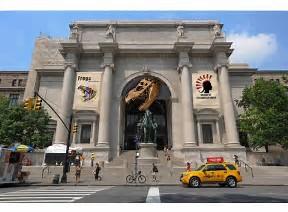 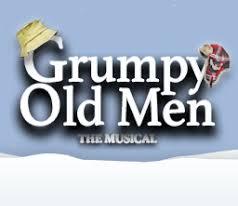 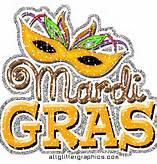 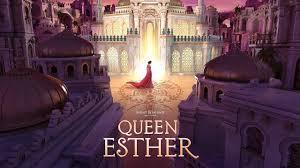 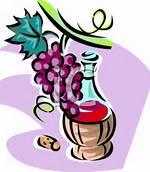 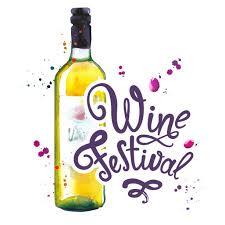 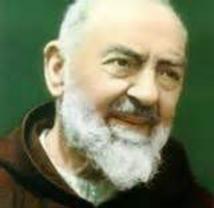 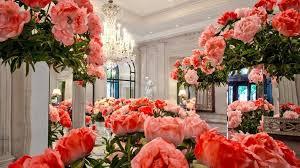 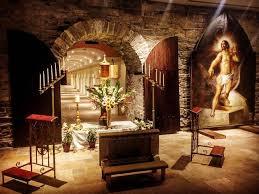 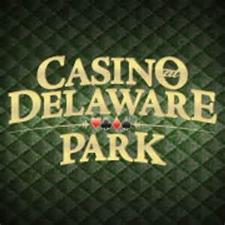 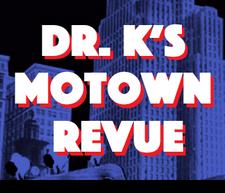 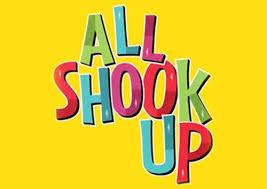 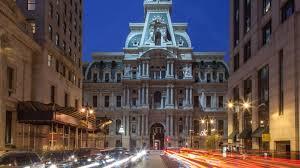 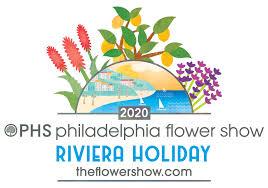 Don*t miss this laugh-out-loud story of family, friendship, love and romance in a fresh new musical that*s guaranteed to delight! Based on the 1993 film, which starred Jack Lemmon, Walter Matthau and Ann-Margret, written by Mark Steven Johnson.  The story of two aging men, Max and John, neighbors, who have been feuding for most of their lives. They are re-united in friendship through the love and compassion of their new neighbor across the street, the beautiful, eccentric and charming Ariel.  Also includes there wonderful buffet lunch.

Back by popular demand, Dr. K*s Motown Revue takes the stage once again with an amazing array of seasoned musicians and singers! With every performance, this talented group of performers transports you back to another era, all the while delivering a very realistic re-creation of the Motown Sound. Keeping true to its roots, Dr. K*s Motown Revue combines the perfect blend of Motown era costumes with fantastic singers who complement this latter day "Funk Brothers" type band of musicians perfectly. The resulting show is nothing short of a powerhouse performance! *This show sells out quickly*

Explore Philadelphia's Civil Rights Movement at 3 important historical locations.   First we will visit the Paul Roberson House & Museum, one home to America's foremost stage and film actors of the 20th century.  Our second stop will be at the Marian Anderson Home & Museum, once resided in by this famous singer.  She was denied to sing at Constitution Hall back in 1939.  First lady Elenor Roosevelt arranged for her to perform at a concert on Easter Sunday on the steps of the Lincoln Memorial.  Our third stop will be the African American Museum.  Also included is lunch at Maggiano's

We will first have a wonderful Sunday Brunch at the Country Club which consists of assorted pastries, fruit, salads, clams, oysters, cocktail shrimp along with made to order eggs benedicts, stuffed french toast & house made lox.  There will also be roasted prime rib of beef, belgium waffles, omelet, pasta station and dessert table.  And, of course, a glass of champagne or mimosa.  Then we will spend 4 hours at Delaware Park Casino where we will receive $30 slot play. PLEASE INCLUDE EVERYONES NAME AND BIRTHDATE WITH PAYMENT

The 2020 PHS Philadelphia Flower Show, "Riviera Holiday," will have lush groves of citrus, cypress and palms; become enraptured with fragrant waves of lavender, artemisia and sage as you are transported through leafy promenades promising sun-drenched landscapes ahead.  New this year!  A special garden highlighting Princess Grace Kelly's treasured connection to Philadelphia and the Flower Show will feature hundreds of roses named after the royal family.

The National Centre for PADRE  PIO

Tour the Padre Pio Museum.  The history of Our Lady of Grace Chapel & the Padre Pio Spirituality Centre, in Barto, Pennsylvania is a story of love and miracles involving the Calandra family.  Come hear their story and learn more about Padre Pio who was born in southern Italy.  In his priesthood he touched many lives and his whole life was marked by prayer.  To this day he is working many miracles.   Pope John Paul II canonized Padre Pio on June 16, 2002.  We will also enjoy a wonderful hot lunch buffet at Nina's Fine Cuisine.    Return approx. 5:00 PM

ALL SHOOK UP
At the Westchester Broadway Dinner Theater

Set to the hits of the King of Rock and Roll himself, Elvis Presley, this musical will have you dancing in your *Blue Suede Shoes* all night long. Inspired by Shakespeare*s Twelfth Night, the music is all Elvis, and the result is a night of hilarious and enchanting 1950s fun. When Chad, the mysterious motorcycle-riding, hip-swiveling roustabout rides into town, suddenly everyone*s lip-curling and all shook up with secrets, music, and love. Lovers meet, woo, pursue and more, all in one zany night that will change the town forever. You*ll be rocking in your seat to tunes like Heartbreak Hotel, Hound Dog, Devil in Disguise and more!   Inlcudes their wonderful lunch.

Come celebrate St. Patrick*s Day with us, as the sights and sounds of Ireland come alive in The Irish Cabaret! Starring Andy Cooney, who has sold out Carnegie Hall seven times, Irish Cabaret is a celebration of Ireland*s music, song, comedy and dance. Also featured during the show are Eimear Reynolds, part of the original cast of Celtic Woman, and Jimmy Q., Ireland*s crown prince of comedy, who has toured throughout Ireland and the UK. The Guinness Irish Band, made up of the greatest Irish and Irish American musicians on the music scene today, and World Class Irish Dancers, who are decorated with some of the most prestigious awards in the dancing world, round out this world class line-up of talent. Designed to entertain the entire family, this is one Saint Patrick's Day celebration you don*t want to miss!  Also included is dinner and the wonderful dessert bar.

First stop is lunch at Shady Maple Restaurant.  Everyone has a story.  Set in the opulent yet perilous Persian Empire, QUEEN ESTHER is a captivating tale of beauty and bravery. Esther*s ordinary life changed forever when she was taken through the palace doors, entering a new world of royalty and risk.  With a crown on her head and a secret in her heart, can she find the courage to trust in God*s plan and believe that she was made for such a time as this?   Experience one of the most riveting Bible stories of the Old Testament as it comes to life with magnificent sets, special effects and live animals in this brand-new, original stage production!

Screening on the world's most advanced planetarium projection system, Worlds Beyond Earth tells the story of the surprisingly dynamic nature of the worlds that share our solar system and the unique conditions that make life on Earth possible and takes you on a journey far beyond our own blue planet to marvel at the latest discoveries from our cosmic neighbors.   IMAX - Volcanoes:  The Fires of Creation - Follow explorere Carsten Peter on an adrenaline-filled trip across the globe, from Hawaii's recent Kilauea eruption to the archaeological ghost town of Pompeii, to discover how volcanoes have created extraordinary ecosystems and wildlife habitats.  The Butterfy Conservatory is one of the museum's most popular annual seasonal exhibitions. Butterflies and moths make up a large group of insects known as the Order Lepidoptera (lep-i-DOP-ter-ah). The name is from the Greek lepido, "scale," and ptera, "wings" refers to a prominent feature of adult butterflies and moths, the tiny scales that cover the wings and the rest of the body.  They have a variety of foods, salad bar and beverages that you will have time to purchase on your own.

CATACOMBS BY CANDLELIGHT TOUR
with Lunch at Da Nico's

We will have a local tour guide for a guided tour of Old St. Patrick's.  This tour will take you under the basilica to the catacombs.  Beneath the Basilica of St. Patrick's Old Cathedral are the only catacombs in Manhattan and one of only a handful that exist in the entire United States.  It is by far one of the most significant collection of tombs in the country historically.  We will also have an up close and personal viewing of the Organ.  Also included is a wonderful Italian lunch in Little Italy.

Join us as we explore this majestic French Second style masterpiece.  Considered the largest municipal building in North American with over 700 rooms, City Hall houses 3 branches of government:  Gaze upon some of the 250 relief and freestanding sculptures.  After lunch we will visit Independence Hall to see where democracy began.  See the room in which the Declaration of Independence was signed.. Enter Congress Hall, former US Capitol and site of 2 presidential inaugurations.  Check out Old City Hall, former home of the US Supreme Court.  Visit Carpenter's Hall where the First Continental Congress met..

The 18th annual Orchid Show will feature the dazzling floral creations of Jeff Leatham, the famed artistic director of the Four Seasons Hotel George V, Paris and floral designer to the stars. Leatham*s bold and colorful vision will unfold through captivating installations and designs transforming each gallery of the exhibition in the historic Enid A. Haupt Conservatory into a different color experience, like a turn of a kaleidoscope. See dramatically arranged orchids in arches of deliberate hues delivering a kaleidoscopic tunnel effect, along with other design surprises featuring thousands of orchids*both rare and iconic*from the Garden*s renowned collections and the finest growers in the world.. Then, lunch at the Lobster House on City Island for full course lunch with choices, including, of course, lobster.

Upon arrival we will enjoy coffee & apple streusel cake.  11:30 - 12:30 Wine Demonstration.  Discover the wonderful world of wine with Sommelier Claude Briere.  Take a quick course on vineyards, wine making and the proper way to taste and enjoy wine.  Volunteer to be part of their wine tasting panel! 12:00 noon until 3:00 PM Festival Open bar with draft beer, wine and soda.  12:30 - 2:00 PM, enjoy a family style Italian meal of Italian Gazpacho, Bread, Pasta Salad, Chicken Cacciatore, Amorosi Carbonara, Linguini with Meat Sauce, plus dessert and coffee.  at 2:30 we will enjoy The Joey Vincent Show.  He is more than just music, more then comedy, his show is fresh and original.  He sings tribute from Harry James to James Brown, Stevie Wonder to Willie Nelson, Louis Armstrong to Louis Pavarotti.  He will take you on a musical journey from the 30's to today!

Sherlock Holmes Returns is yet another crown jewel in our widely popular Sherlock Holmes Immersive Musical Comedy Series! This uproarious musical features an all new plot and a slew of new songs! Buckingham Palace has been robbed and it*s up to Sherlock Holmes, Dr. Watson and YOU, the audience, to go on a hilarious hunt to find the missing royal treasure! Hailed by HHP audiences as *The most fun we have ever had in a theatre,* our original Sherlock Holmes interactive musicals put you right in the middle of the action, finding the clues and solving the crime! Don*t miss this one-of-a-kind show written by Peter Sham and Brad Carroll, internationally renowned writers of the West End hit comedy, Lend Me A Tenor: The Musical, and featuring our superb HHP orchestra.  Also included is their wonderful lunch and dessert bar.!

First stop is lunch at Shady Maple Restaurant.  Everyone has a story.  Set in the opulent yet perilous Persian Empire, QUEEN ESTHER is a captivating tale of beauty and bravery. Esther*s ordinary life changed forever when she was taken through the palace doors, entering a new world of royalty and risk.  With a crown on her head and a secret in her heart, can she find the courage to trust in God*s plan and believe that she was made for such a time as this?   Experience one of the most riveting Bible stories of the Old Testament as it comes to life with magnificent sets, special effects and live animals in this brand-new, original stage production!